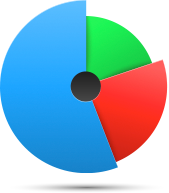 Out of Reach documents the significant gap between renters’ wages and the cost of rental housing across the United States. The report’s central statistic, the Housing Wage, is an estimate of the hourly wage a full-time worker must earn to afford a modest rental home at HUD’s fair market rent (FMR) without spending more than 30% of his or her income on housing costs, the accepted standard of affordability. The FMR is an estimate of what a family moving today can expect to pay for a modestly priced rental home in a given area.

Housing is Out of Reach

The COVID-19 pandemic and its economic fallout underscore the need for a stronger housing safety net in the United States. COVID-19 was an economic catastrophe for many households, disproportionately people of color, precisely because so many already could not afford their homes. Jurisdictions across the country had to create new emergency rental assistance programs, because pre-pandemic housing assistance programs, where they existed at all, were inadequate to keep renters housed. Long after the public health dangers and economic crisis gradually recede, low-wage workers and low-income renters will continue to be in a precarious position, until we create permanent solutions to widespread housing unaffordability.

In most areas of the U.S., a family of four with poverty-level income earns no more than $26,500 and can afford monthly rent of no more than $663. The national average fair market rent for a one-bedroom home is $1,061 per month and $1,295 for a two-bedroom home, far from affordable for a family in poverty.

Minimum wage workers are not the only workers who struggle to pay the rent. The two-bedroom housing wage of $24.90 is unaffordable for nearly 60% of all wage and salary workers. The median hourly wage of $21.22 is just barely sufficient to afford a one-bedroom apartment, and almost half of all workers earn less than that. The average renter’s wage, $18.78 per hour, is less than the national one-bedroom Housing Wage. 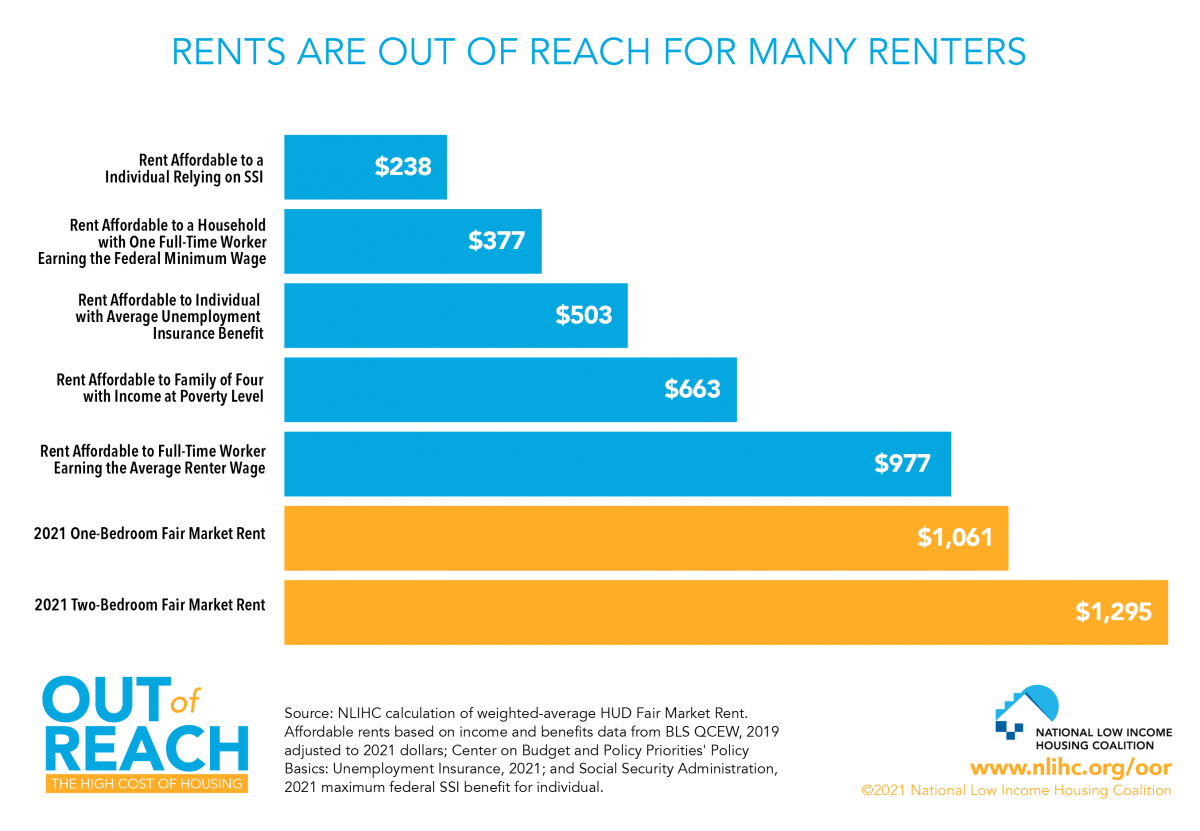 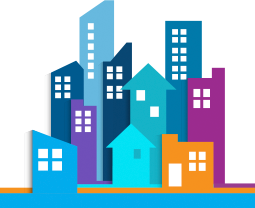 The Federal Policies Needed to End the Housing Crisis

Addressing the roots of the housing affordability problem requires a sustained commitment to universal rental assistance for eligible households, investments in new affordable housing affordable to the lowest-income people, the preservation of the affordable rental homes that already exist, and the establishment of strong renter protections.

First, Congress should expand access to rental assistance to every eligible household in need. Universal rental assistance could be provided by fully funding the Housing Choice Voucher program. Second, Congress must expand the supply of affordable rental housing to the lowest-income people with significant increases in capital investments. An annual investment of at least $45 billion into the national Housing Trust Fund (HTF) is needed to create, preserve, or rehabilitate homes for renters with extremely low incomes. Third, Congress needs to create a permanent National Housing Stabilization Fund to provide emergency assistance to families who experience a sudden and temporary shock to their finances. Fourth, Congress must strengthen and enforce renter protections: to prohibit discrimination against voucher holders, ensure the right to counsel during evictions, and create just-eviction protections.

A return to a pre-pandemic status quo would fail the millions of renters who could not afford their rent even in a better economic climate. As the country looks to recover from the pandemic and economic crisis, the time is ripe to make meaningful and long-lasting structural changes to ensure low-wage workers and the most marginalized people have stable, affordable homes.