Download a copy of the full Out of Reach 2019 report. 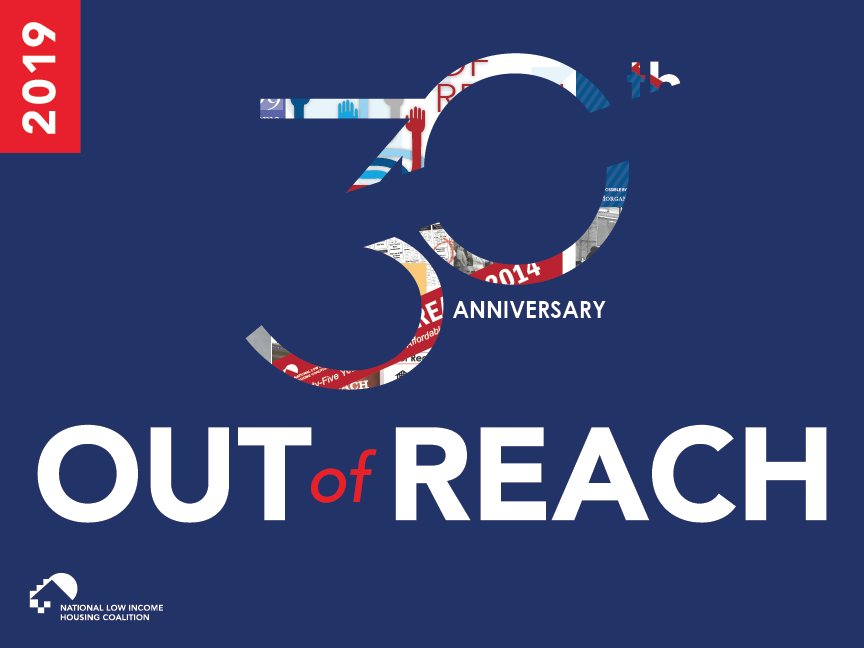 NLIHC’s annual report, Out of Reach, documents the gap between wages and the price of housing across the United States. The report’s Housing Wage is an estimate of the hourly wage that a full-time worker must earn to afford a modest and safe rental home without spending more than 30% of his or her income on rent and utility costs. In order to afford a modest, two-bedroom rental home in the U.S., renters needed to earn a wage of $22.96 per hour in 2019. The Housing Wage for a two-bedroom apartment was $15.71 higher than the federal minimum wage of $7.25, and $5.39 higher than the average hourly wage of $17.57 earned by renters nationwide. In nine states and the District of Columbia, the two-bedroom Housing Wage was more than $25.00 per hour.